InfoVacina Trainee, a program to enhance reporting on immunization and vaccines for early-career journalists, launches in Brazil

Brazil, a country with a strong history of vaccination, is facing a decline in routine immunization rates as it approaches elections in the fall — making vaccines a central public health issue for journalists to cover.

Building from a newly formed community of 26 skilled journalists from across the country engaged in reporting on immunization, Sabin’s partner Agência Bori has launched InfoVacina Trainee, a new competitive training and mentorship program, which aims to sharpen the science reporting skills of 15 early-career journalists from throughout Brazil. 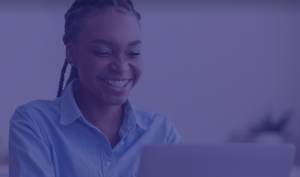 InfoVacina Trainee seeks to support the community of Brazilian journalists covering immunization issues. The resulting stories offer access to reliable science-based information for individuals and communities to make informed decisions about their health.

“The goal is to help early-career journalists to better understand how to report on complex topics, such as immunization, on a practical level. In a complementary way, science sessions will bring theoretical knowledge and give them the confidence to interview science experts,” said Natália Flores, InfoVacina program manager.

A community of journalists covering vaccines and immunization

InfoVacina Trainee is supported by Sabin’s Immunization Advocates program and Serrapilheira Institute, based in Brazil. InfoVacina 2020-2021 fostered a new community of 26 journalists from diverse Brazilian media outlets and regions and focused on COVID-19 vaccination and other immunization topics. The program generated relevant news stories and was recognized by the World Health Organization (WHO) as an innovative initiative for communicating on COVID-19. 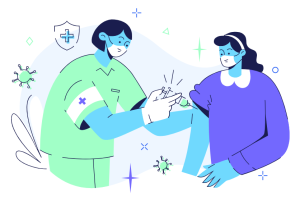 The community of journalists continues to engage with each other in sharing ideas and information for covering vaccines, health and science.

This time around, the focus will be on Brazilian early-career journalists and last-year college journalism students with limited knowledge of science and science journalism. They will receive guidance in news story production by participants of the InfoVacina community and attend biweekly science-focused sessions with immunization experts from August to December of 2022. A panel of experts will assess the stories for the InfoVacina Prize in different categories at the end of the program.

“The partnership with Sabin made it possible to form a network of Brazilian journalists qualified in vaccine coverage,” said Ana Paula Morales, Agência Bori co-founder and director, adding, “Now, this network will be expanded with training in science for young journalists, which is also one of the objectives of Agência Bori.”

More details on InfoVacina Trainee are available in Portuguese here.