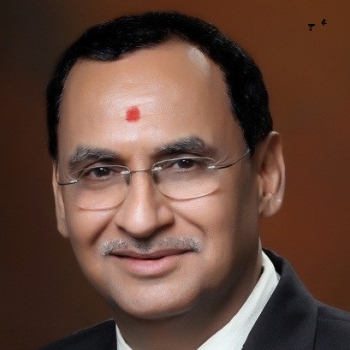 He served as a CSO representative on Gavi Board for 4 years. He is also currently a member of Covid-19 Vaccine Immunization Task Force Member, Gujarat Government, Pneumococcal Expert group of Ministry of Health and Family Welfare, Government of India, and Indian Expert Advisory Group on Measles and Rubella.

His current interest is in the area of Vaccine Hesitancy and he is leading the IPA Vaccine Trust Project. He also has served as a Steering Committee Member of Immunization Partners of Asia Pacific (IPAP) for the year 2017- 2019.

He is listed amongst the top influencer for the fight against Polio released by UNICEF on World Polio Day 2017 and has been awarded some prestigious awards i.e., Outstanding Asian Pediatrician Award 2012, Rotary International Regional Award for Polio-free World 2010, Rotary Ratna Award District 3050, 2010, and last but not the least prestigious FIAP award.