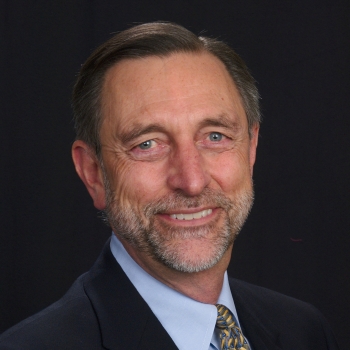 A graduate of Grand Island, NY High School, Dr. Eldridge received his undergraduate degree in Biology and Chemistry from Allegheny College, in Meadville, PA. He then obtained his Ph.D. degree in Microbiology and Immunology in 1981 from SUNY at Buffalo.  The following 12 years were spent at the University of Alabama at Birmingham where he rose to the rank of Associate Professor in the Departments of Microbiology, and Clinical Immunology and Rheumatology.  During this period his laboratory published 85 peer-reviewed journal articles on subjects ranging from regulation of immune responses in mucosal immune tissues to the description of biodegradable and biocompatible microspheres as a controlled-release delivery system for vaccines.  In 1993 he joined Lederle-Praxis Biologicals as the Director of Immunology Research and remained with the company when it was acquired by Wyeth in 1995.  At Wyeth, he rose to the position of Vice President of Advanced Vaccines Research, ultimately directing the work of more than 150 scientists and staff.  During this period, he contributed to the pre-clinical and clinical development of pediatric and adult vaccines for bacterial and viral pathogens, seven of which reached commercialization.  In addition, several vaccine adjuvants, several novel vaccine technologies, and a vaccine for the treatment of Alzheimer’s disease were advanced into clinical evaluation.  Following the decision by Wyeth to focus on late-stage vaccine development, Dr. Eldridge successfully transferred several vaccine programs to Profectus BioSciences, which was acquired by Auro Vaccines where he currently serves as the Chief Scientific Officer.